Another day, another Android Honeycomb tablet. With the exception of a few, most Honeycomb tablets have been a bit boring but it’s certainly not every day a tablet device come from Toshiba. We’ve been hearing about the Toshiba Thrive for some time now and we really liked what we saw at CES earlier this year, but now it’s time to see what this tablet is all about.

The Thrive can’t compete with the likes of the iPad 2 or Galaxy Tab 10.1 in the weight and size department but kicks both of the tablets’ asses in the spec department. From the full HDMI and USB ports to the replaceable back piece, the Thrive gives a middle finger to other competing tablets out there. In this review we’ll tell you if all of the high-end specs can justify this tablet’s chunky exterior or if it’s just another tablet that will get lost in the sea of competition.

I personally think the Thrive is beautiful. Not beautiful in the way the Galaxy Tab 10.1 and iPad 2 are, but it does feel like a high-tech piece of machinery and has a truly unique design to it.

The Thrive features a 10.1 inch display, which seems is becoming one of the standard screen sizes for Honeycomb tablets these days but we wouldn't be opposed to seeing a 7 inch Thrive at some point in the future (hint hint, Toshiba). The 1280x800 resolution puts it on par with the Galaxy Tab 10.1 and Xoom, so you won't be sacrificing the main show if you opt for this device.

Unlike the Galaxy Tab 10.1 and Xoom, the Thrive features a full SD Card slot, USB and HDMI port, so you can use the standard cables for them. We were also pleasantly surprised to see that you can hook a Playstation 3 controller into the USB port and navigate through the UI and launch applications with it. It's hardly a fluid experience but it should only get better over time.

The Thrive offers up three LED lights that inform you if the tablet is on (it will pulse when on standby), if the battery level is getting low, and if WiFi is on. While we're not exactly sure these LED lights are needed, we've yet to see them added into a Honeycomb tablet and we can't say that we dislike them.

The face of the device is rather clean and the only thing you'll find on it, other than the notification LEDs is a silver semi-circle that houses the 2 megapixel front-facing camera, which has its own dedicated microphone and indicator light. Again, we're not terribly sure that the tablet needs a light to tell you that the camera is being used but apparently Toshiba believes it will help in some way. The semicircle wraps over the top of the Thrive and goes on to it's backside, and also houses the 5 megapixel camera. 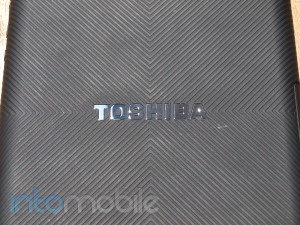 If held horizontally, the top of the tablet has the power button, volume rocker, and orientation lock all in a row and the full sized SD card slot further down. Going to the left side from there, the tablet has a back cover lock. While a lot of these extra features and lights Toshiba has thrown into this tablet are questionable, this lock seems to be pretty useless, as it's not going to be falling off anytime soon. This is the same side you'll find that semi-circle that houses the cameras, but on the edge of the chrome piece is a uniquely placed "with Google" branding.

Moving to the bottom, the Thrive is relatively clean, and only the hidden docking connector and stereo speakers can be found here. The tab for the docking port is completely removable, which is nice from a functionality point of view. Just don't lose the thing.

The right side of the tablet is where you'll find most of the ports. Here you'll find the DC-in port for charging and 3.5 mm headphone jack exposed, and the full sized USB and HDMI ports, as well as a mini USB port hidden under a cover.

The back side of the Thrive is all done up in a textured, rigid material that has a nice finish to ensure a great grip. In the middle of the backside is Toshiba's logo that's chrome and provides a nice contrast to the black finish. The back of the tablet is completely removable and you can replace it with different back plated that Toshiba offers for $20 in multiple colors.

Powered by the robust NVIDIA Tegra 2 dual-core processor, the Thrive is a beast when it comes to processing power and provides a great graphics experience when playing games. You're going to find the standard tablet specs you'd expect to see on a tablet: WiFi, Bluetooth, accelerometer, gyroscope, 1GB DDR2 RAM, etc. Our review unit is the 16GB model, which will run you $479 but the 8GB version will only cost $429 and $579 give you 32GB. 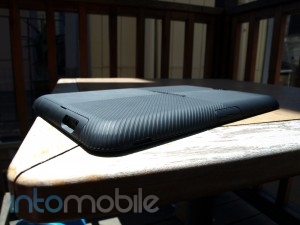 While the Thrive can't tout the thinness and weight of other tablets out there, it's overall design is very unique. We like the soft grip finish on the back and the fact that you can replace the back piece for another color is something we've yet to see on any tablet before. The Android OS is all about customization and making the software reflect what's important to you and it's great when the hardware allows for this as well.

You can tell that Toshiba wasn't concerned about making a sexy tablet but that doesn't mean that the Thrive is ugly in any way. There are only two things that stand out about the Thrive and that's the textured back piece and the chrome material that encompasses the cameras. The wrap-around chrome is unique and you'd have a hard time mistaking the Thrive for anything on this aspect alone.

There are LED lights, switches, and ports everywhere on the tablets, which lends to a busy look upon inspection. That said, a quick glance at the tablet wouldn't make you think there's so much going on. 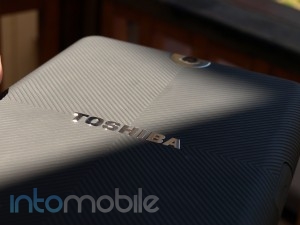 Since the entire back of the tablet is all done up in a textured, soft grip finish that's rather thick, we have little doubts that the Thrive would be able to hold up if dropped on its back. That said, if you're not a fan of, or familiar with soft grip finishes, you may think the Thrive feels very cheap. It does feel a bit on the cheap side, but that's certainly not the case.

However, even with its lengthy spec-sheet, one thing you won't find on that list concerning the Thrive's display is Gorilla Glass. While this is obviously not a deal breaker, the extra protection of Gorilla Glass on the Thrive may have bumped it into "rugged tablet" territory. Sadly, this isn't the case, and we're not sure if we'd like to find out if the Thrive could withstand a fall on its front side.

Overall, we have very little qualms with the build quality and it should be able to take a beating. 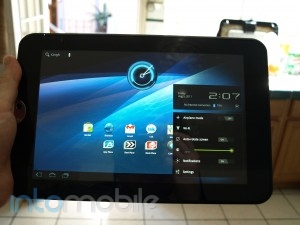 The Toshiba Thrive ships with stock Android 3.1 Honeycomb, with some pre-installed applications for you.

Toshiba includes its very own application store called, App Place, which is a bit unnecessary since it already included the Android Market and you can install Amazon's App Store. some users may enjoy it. You'll also find a nice helping of games like Solitaire and other simple games of the sort. Other apps include Toshiba's own Book Place and Start Place, a nifty news reader that's simple and slick.  Also included are apps like PrinterShare, Quick Office, customized media player, and Service Station, which helps you keep up to date with Toshiba apps.

In the short time we've had the tablet, it's already seen a couple of updates. Most of the updates were relatively minor but let's hope that the Android 3.2 update will soon be on its way.

Luckily, we haven't experienced any of the issues we've heard concerning the tablet. It's been relatively smooth sailing with the Thrive. 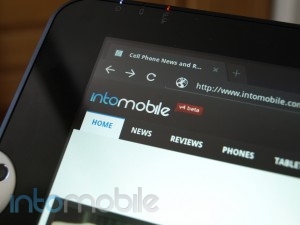 Since the Thrive ships with mostly-stock Android Honeycomb 3.1, you'll find the stock browser and we're just fine with that. Honeycomb's web browser is one of the most solid we've ever seen, offering up tabbed pages and Flash support, for the full web at your fingertips. 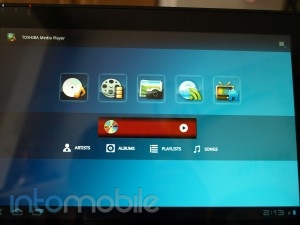 The Thrive offers up a good amount of multimedia options, most of which are in the centralized media app. This app gives you access to your music, movies, pictures, RSS feeds, and DLNA servers all in one place. It's not a thrown together app, either. While simple in design the media app is to the point and rather slick. 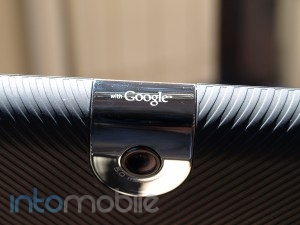 More features on a tablet device is always welcomed and the Thrive is hardly in short supply of them. Featuring a 5 megapixel camera on the rear and 2 megapixel front-facing camera, the Thrive offers up a decent set of cameras, even if you never intend to use them.

Pictures generally come out just find with the rear camera and the front-facing camera performs well. It has nothing to do with the Thrive itself but it's hard to think of cameras on a tablet terribly useful. Not only is holding a tablet up in the air a bit awkward for taking pictures, we've yet to see an actual great camera grace a device of this kind.

Nonetheless, the Thrive's camera can take some decent shots and here are a few samples. 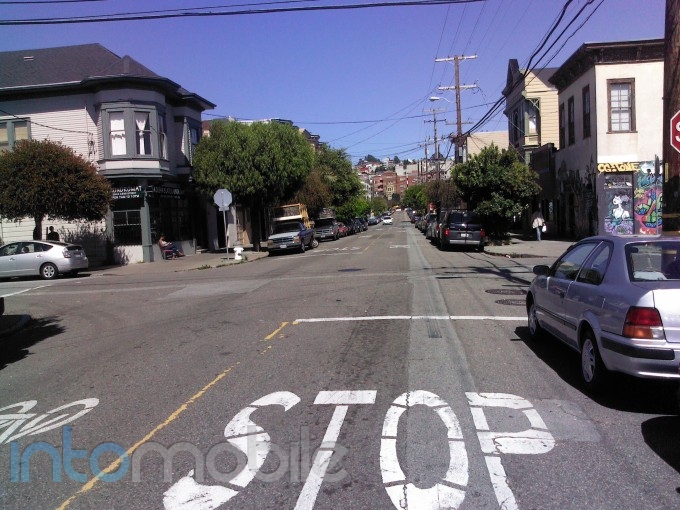 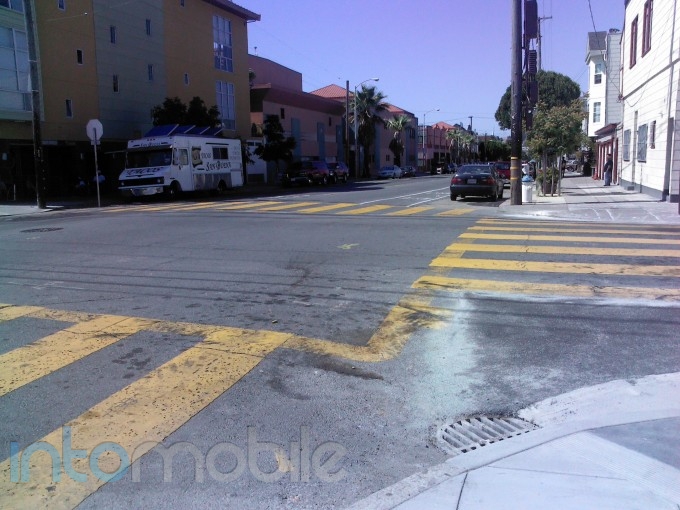 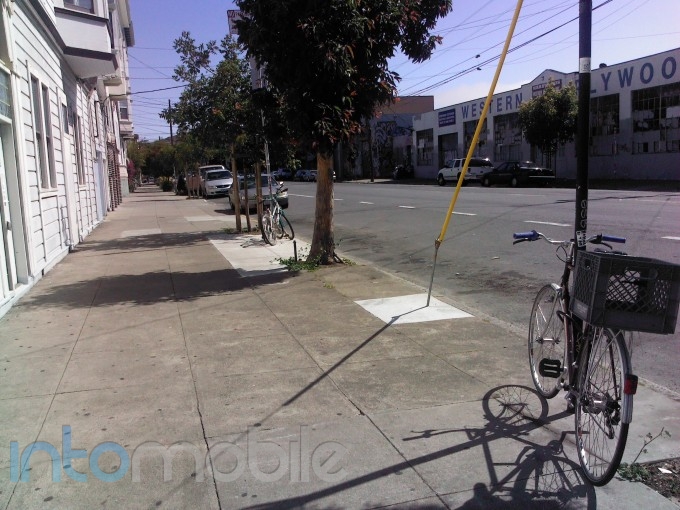 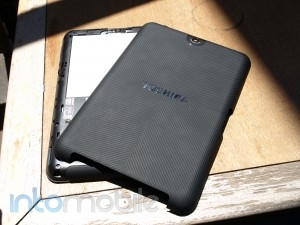 The Thrive's battery life is actually pretty disappointing when it comes to stand by. When tablets like the Galaxy Tab 10.1 still manage to have 30%-40%+ of battery left after not touching the thing for 2 and a half weeks, the Thrive doesn't even comes close to that. That said, the Thrive does has a removable battery, which is a first for a decent tablet.

Unfortunately, if you're looking to grab another battery for the Thrive, be ready to pay around $90+ for the thing. Expensive or not, it's an option you won't find anywhere else in the tablet space. 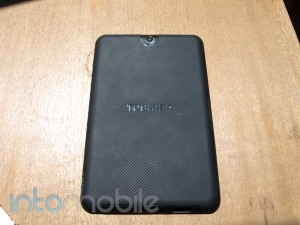 Oh Toshiba Thrive, how we like thee. With its attractive price point and solid feature set, the Thrive may indeed be the best Android Honeycomb tablet to exist on paper. In the flesh, or plastic, the Thrive doesn't deliver consistently. It performs like a champ and the optimizations provided are welcomed, but between the weight and battery life,  we were hoping for a bit more.

The Thrive isn't trying to play the iPad's game, meaning thinner, faster, and lighter must equal better. The Thrive focuses on function over form, brings some great new ideas to the tablet space and does it all with a fair price tag. This is a geek's dream tablet that brings all the features one could want. If you've been on the fence whether to grab the Galaxy Tab 10.1 or the Thrive, you're comparing two very different tablets and it really depends on what you want out of the experience.

Overall, we really like the Thrive and its one of the most flexible tablets we've seen to date. What it lacks in style, it makes up for with function. Simple as that. Do yourself a solid, though, and see which is more important to you before jumping into your tablet purchase.