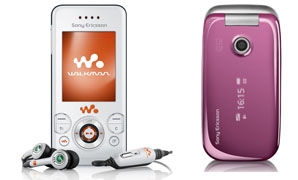 The Sony Ericsson W580 is a quad-band GSM/EDGE handset, designed specially for the North American market. It packs such features as 2 MP camera, a 2″ 262k TFT color display, a Bluetooth 2.0 with A2DP support, and a pedometer for keeping track of your workouts. The Walkman badge assures playing of various types of music files, including MP3, AAC, AAC+ and e-AAC+, that could be stored on a 512 MB Memory Stick Micro card included in a sales pack. The Sony Ericsson W580 measures 99x47x14 mm, and weighs 94 g. It is expected to start shipping in Q3 2007 in “Style White” and “Urban Grey” colors.

Other Sony Ericsson’s device, Z750, supports three UMTS/HSDPA bands and all four of the GSM/EDGE bands used throughout the world. With its mirrored exterior, the Z750 is a very stylish device, that looks like the Z610’s twin brother. In terms of specs, the Z750 include a 2.2″ 262k TFT color screen, a 2 MP camera, and a Bluetooth 2.0 connectivity. Interesting enough, the Z750 is not a smartphone, yet it comes with built-in support for Microsoft’s Direct Push over the air (OTA) synchronization technology, allowing the device’s owners to access the data on a corporate Exchange Server. Similarly to W580, the Z750 will also hit the market somewhere in Q3 this year, when it will be sold in pink and gray colors. Dimensions: 97x49x20 mm, weight: 110g. 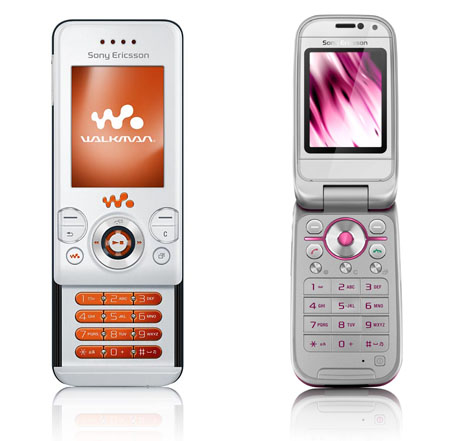