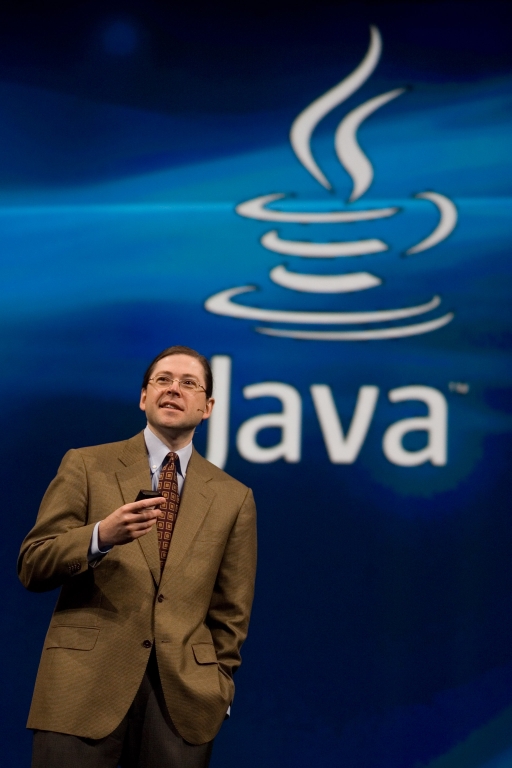 Sun Microsystem’s recent acquisition of SavaJe’s intellectual property has finally borne some mobile-OS fruit. As if to celebrate the merger’s finalization, last Friday, Sun debuted it’s Java phone (jPhone, anyone?) at JavaOne. The jPhone is powered by Java Mobile FX software, which is based on the SavaJe code that Sun acquired. The Java Mobile FX mobile operating system is essentially “a complete desktop-scale environment that puts the network in your hand,” according to Sun’s executive VP, Richard Green – the result of porting the SavaJe code into a Linux kernel. Sun is working on the development tools that will help programmers expand on the iPhone-esque, icon-based interface. Actually, the phone that was debuted (of which you can see a portion in the picture) looks to be taking design cues from the Apple iPhone!

The software will be sold at an as yet undetermined price, and only in binary form (to ensure cross-platform compatibility). The OS requires at least 32MB RAM and 200Mhz ARM 9 CPU.

Bring on the iPhone-esque interface! At least this one will be open to third-party development.