The embattled phone manufacturer has made another round of lay-offs in its latest attempt to curb the company’s hemorrhaging finances. Motorola is cutting 4,000 jobs in an efforts to shave $600 million in operating costs for 2008 – following on previous measures to save $400 million by letting go of 3,500 employees. 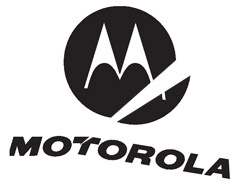 cost-cutting move by saying that, “Long-term, sustainable profitability is — and always has been — Motorola’s top priority,” adding that, “Today’s actions are an update to the commitment we made during our first-quarter earnings conference call — to drive out additional costs — and a continuation of the plan we announced in January. We are confident that the steps we are announcing … together with the actions that we have outlined previously, will further improve the company’s financial and operational performance and create value for our stockholders.”

We should mention that the handset manufacturing giant will be offsetting the $1 billion in savings with $300 million in restructuring costs. It looks like Motorola is taking a couple steps forward and one step back. Good one Moto! Maybe Icahn would have been a good idea after all?

Japan, that little island nation dotting the Pacific "Rim of Fire" and constantly rocked by shaking earth, has mobilized "a...