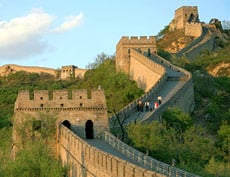 When you are the most populous nation in the world, trash is a big issue – especially refuse that could be prevented. Apparently, the trashing of old and unused cell phone accessories, like phone chargers, is a big enough problem for the Chinese government to consider enforcing a “Universal Phone Charger” standard. The ruling is being headed by China’s Ministry of Information Industry and mandates that all mobile phones designed after June 14th will have to abide by the new USB-based charger standard or risk not being approved for sale in China.

With 100 million handsets being discarded every year, the new measure aims to reduce the amount of handset chargers following the phones to the landfill.

Motorola and Sony Ericsson have already designed phones with the new charger interface, and Nokia has announced that they will be releasing compliant devices.

We like the greener line of thinking by the Chinese government. But, what is this business about forcing companies to abide by their will? Who do they think they are -Â  The US?

Just one day after announcing that the mobile phone manufacturing giant will execute another round of employee lay-offs - this...