Any organization looking to keep their wireless data on lockdown have a new weapon in the battle against radio signal leakage. TPFilms has developed their LLumar Signal Defense window film to be a transparent barrier to all sorts of electronic signals. Just as tinting your car windows can reduce the amount of visible light that enters your car or office building, the LLumar Signal Defense film reduces the amount of electronic signal that can pass through the window – the point that is most vulnerable signal leakage.

The multi-layered, metal oxide film has been picked up by over 200 government agencies – among them, the Department of Defense, Department of the Treasury, and Department of State. Former U.S. Assistant Secretary of Defense for Command, Control, Communications and Intelligence, Arthur Money, says that the film is just what the government needed, because “the proliferation of mobile communications technologies like cell phones, PDA’s, Bluetooth devices and Wi-Fi enabled laptops, the airwaves are more flooded than ever with sensitive and confidential information, creating a prime threat for businesses of all sizes.” 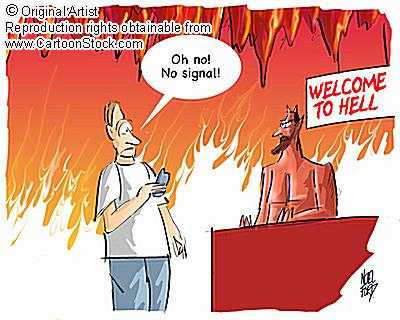 We’ll probably be seeing this technology start to trickle down to more commercial applications – like in schools and movie theaters. We would rather have everybody turn off their ringers when necessary. That way, businesses won’t need to stop cellular signals altogether – leaving our data connections alive.

HTC dropped the Elf-based HTC Touch on us yesterday. The new smartphone has Apple's iPhone squarely in its crosshairs with...