We’ve already seen the gigantic Apple iPhone replicas – replete with huge LCD screens to mimic the screen of the iPhone. Now we have a first sighting of an Apple iPhone kiosk – in what looks to be an AT&T store in Seattle. The kiosk features an LCD screen that loops video of the iPhone interface and docking stations – presumably to charge and interact with iPhones or iPods.

The buzz around the iPhone just keeps getting louder, can you hear it yet? 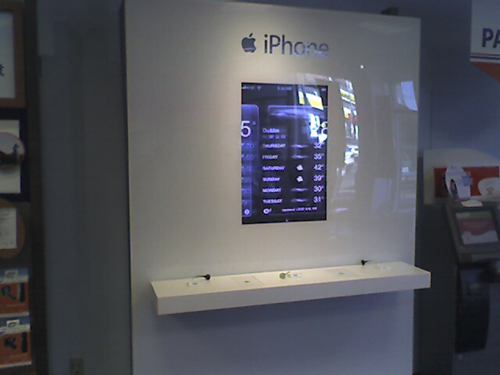 The launch of the Apple iPhone is nigh! Barely a week lies between us and our iPhone and we can...