We’ve got another review from tech-columnist Edward Baig, of USA Today. During his time with the Apple iPhone, Mr. Baig basically sums up our current expectations of the iPhone. It’s a great, sleek phone, with massive curb appeal – if you want to pony-up the entrance fee for a ride in iPhone-land. Says Mr. Baig, “No question, the iPhone is striking to look at. The revelation is that it’s also comfortable to hold and touch. Mostly black and silver with a stainless-steel bezel surrounding the top surface, it’s light (under 5 ounces) and less than a half-inch thick, or roughly two iPod Nanos placed on top of each other. It’s a little taller and wider than a Nano.”

Ed praises the multi-touch interface, noting that finger-smudges are not that problematic. The lack of a physical keyboard is not a problem for this reviewer – despite his missing the tactile feedback, Ed found that the virtual keyboard “is easy.” But, again, AT&T’s EDGE network leaves a lot to be desired – if you’re not within range of a wireless access point (wifi hotspot). And, as an iPod, Ed gives huge props to the beautiful widescreen with auto-rotating orientation.

Not much in this review other than reiterating what we already knew, but check it out anyways. You don’t want to miss out on all the hype.

Check out the Edward Baig review of the Apple iPhone here.
http://www.usatoday.com/tech/columnist/edwardbaig/2007-06-26-iphone-review_N.htm 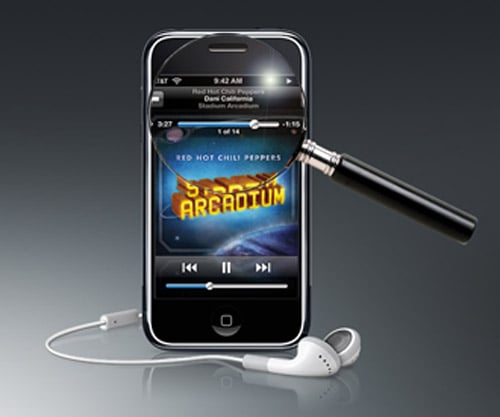 Apple has announced, as we were expecting, a limit to how many phones any one iPhone fanatic can buy on...