Just when they revealed official G600 specifications and pictures, we spotted another phone from Samsung equipped with 5 MP camera with auto-focus.

According to Mobile-Review forum members, the upcoming G800’s camera will support 5.8 – 17.4 mm focus length, with some people even speculating it might be able to do 3x optical zoom. That would be awesome, though the photos we got don’t suggest such feature.

Anyway, the Samsung G800 looks way more stylish than the G600, and will most-probably have the slider form factor. In terms of other specs, it’s likely to support Bluetooth, USB, 3G or HSDPA connections. Can’t wait to see this baby announced…

One more photo after the jump. 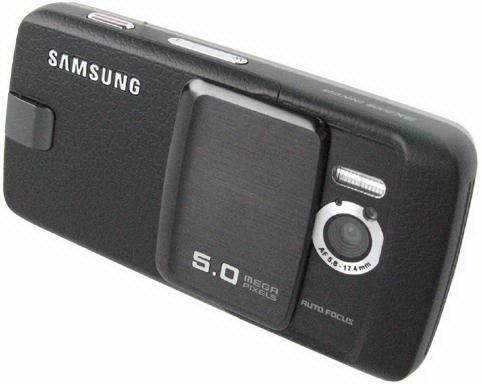 The wait is over -- say goodbye to your old Sony Ericsson M600i! Or at least that could be the...