Well, it happened. Not that we didn’t wanted to try out Palm’s “smartphone companion,” but the fact that it was kind of a strange concept remains untackled. Yes, I would love to have a small affordable laptop, but it seems Foleo’s specs and supported software just weren’t good enough. 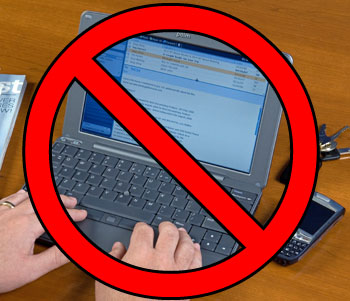 Apparently, killing the Foleo at this stage will cost Palm $10 million, but the Treo maker argues that supporting two platforms — one for the smartphones and the other for the mobile companions — would cost even more. Somehow, I don’t buy this — they knew this from the moment they’ve started thinking about the Foleo. On the other hand if Foleo proved as a failure — and everything went in that direction — that would cost Palm much, much more.

Anyway, with Foleo gone we’re hoping to see Palm releasing more cool smartphones in the future. The Centro may not impress at the first sight, but I see it as an important first step in the overall “escape” from the Treo series. Not that I have anything against Treos, it’s just their time has passed and people want more from their devices. Plus, Palm could use one more smartphone brand beside Treo.

In addition, Palm’s announcement also included a note that both Ed Colligan and Jeff Hawkins still believe in the “mobile companion” concept and that at some point in the future we could expect to see Foleo 2 released. Hopefully, by then Foleo will be more powerful. In the meantime, I would still love to try Foleo for a couple of days…

Remember how BenQ Mobile went down in flames after parent company BenQ pulled the cash-flow plug on the ailing BenQ-Siemens...