The @LINK0@ @LINK1@ is Dutch-based Spyker. Known for their incredible attention to intricate, hand-crafted details and strikingly designed high-end sports-cars, Spyker has made the transition from auto-mobile to mobile phones.

In addition to the C8 Spyder (299 Euros) that @LINK2@, Spyker has launched of the Spyker C8 Laviolette (399 Euros), and C8 Laturbie (199 Euros), which all pay homage to the Spyker C8 super-car. In automotive circles, the Spyker lineup represents fine craftsmanship paired with super-car performance (sure, Ferrari’s are nice, but they don’t convey the sense of opulence and character that a Spyker does). Will their design philosophy carry over to their branded handsets? Hardly. 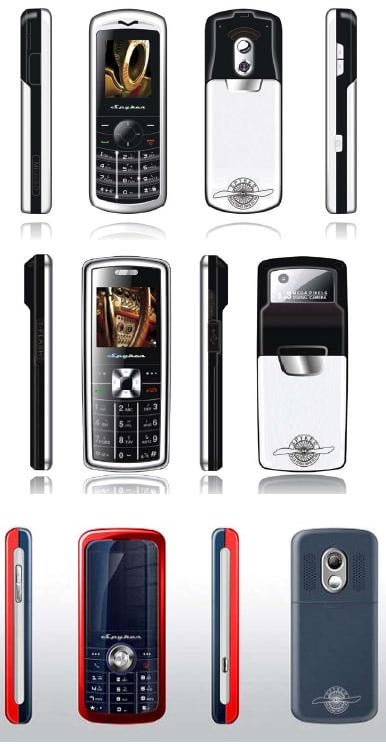 To say that these handsets are disappointing is an understatement. Spyker might want to rethink their mobile phone venture if this is a sign of things to come. It would be a shame to have people equate these China-bound low-end phones with such a high-end brand.

Palm is dying, and here's the first indication. The critically "unnovative" (sic) Palm has just posted their 1Q report, and...