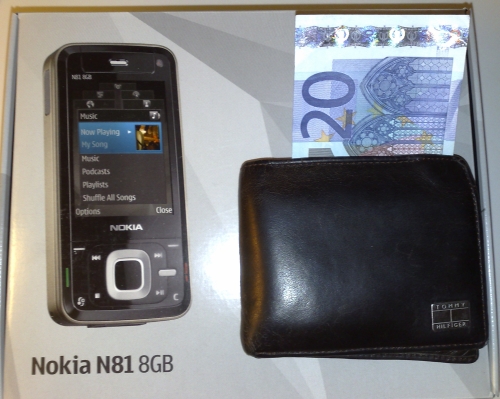 The Nokia Music Store is set to launch in a little under 24 hours and many journalists are going to cover it, bloggers are going to compare it to iTunes and after a week no one will remember it even exists. Chances are that if you read this blog you are a pirate. Don’t be afraid to admit it, I am one too.

I hardly remember the last time I purchased music and even though Oink got shut down I still have multiple sources that can give me practically any song I want in either uncompressed FLAC or 320 kbps MP3 files with no DRM. Now I know what you’re saying, if Apple can sell tracks to people then so can Nokia.

You are right about that, but if you can do simple division you will realize that the number of iTunes songs sold over the number of iPods sold = roughly 20 legal tracks on a music player that can hold thousands. Piracy is the norm, not legal distribution. There are a few things Nokia can do to get my money however:

1. Unlimited downloading via my device for a flat monthly fee. I will gladly pay up to 20 Euros per month for a service that lets me enjoy millions of tracks from the palm of my hand from anywhere in the world. Why should I care about unlimited streaming to my computer at home? I thought my Nokia N95 is what computers have become?

2. Make the Music Store social. Know why people loved Napster and Audio Galaxy and Oink? If I found someone who had some of the same music I did then I could grab the tracks off their hard drive that I never heard of and maybe find an artist I would have never otherwise encountered.

3. Sony Ericsson devices have a fantastic feature called TrackID. In a nutshell if you hear a song you like then you hold your phone up to the speaker, hit the TrackID button, your device records a 5 second sample and sends it to GraceNote who then tells you the artist and track. Copy that and add an option to “Download Now” and you will get that crisp 20 Euro note in my wallet.

4. Let me send music from my device to my friend’s devices if they have a Music Store account. If I’m in a café and my friend plays a new awesome song on her Nokia device then let her send it to me via Bluetooth. If I find a new song via TrackID that I think my friend would like, let me send them an SMS with a download link. Music is social, I know that is the second time I said this.

5. The Nokia N81 has fantastic audio quality and that should be the baseline for the rest of the Nseries phones to be released and something that ES and MP should strive to reach. Your best of breed service should be enjoyed on best of breed devices. Nokia’s have long been known for being resilient, having long battery life and easy to use; now make the Nokia brand synonymous with the best sound quality out of all the phone manufactures.

Feel free to add some of your thoughts. I know what I’m going to do when the music store launches, keep on pirating like I have been since the 20th century when the MP3 was invented.

Shame Shame Shame on this Nokia employee. Usually when TRUE (no clue what it stands for) testing (the last stage...