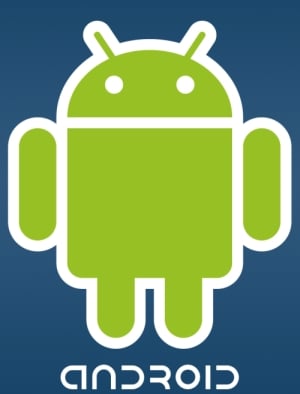 When rumors started coming out that November 5th would be the day, the day on which Google would revolutionize the mobile phone space and reveal their operating system to the world, I started drinking the Mountain View Kool-Aid by the keg. That day came and all we got was the announcement of an alliance of partners and a promise that we will get a sneak peak at Android in a week

Android was unveiled about 4 hours ago and after getting a chance to digest it all I feel underwhelmed. Now I know that the OS is far from final and this release is meant for developers only, but where does the new paradigm of cloud computing come into play? I was expecting a demo of Mobile Documents, Spreadsheets, Presenter, Notebook, synced contacts, basically an OS that integrates all the disjointed web based applications Google has been releasing over these past few years into a device that fits into my pocket.

We get a demo of a status bar and this is supposed to excite? Why not show me three college kids, two with Gphones and one in front of a computer simultaneously collaborating on a document? How about a search bar on the home screen? How about a clone of Nokia’s Search 4.0 application, but done in a fashion similar to Spotlight where I can just begin typing instead of having to open a separate search application?

Maybe it is too early and I shouldn’t throw the towel in just yet. Maybe it will be wise to skip the first generation of products, hell it took Nokia 3 editions of S60 before I switched to their smartphone platform.

Is anyone excited by anything they see in Android? Frankly I feel like a jackass for getting all jazzed up over it. The wallpaper is cool though.

Did anyone notice that Android doesn’t support multitasking?