Ever since Google blitzed the blogosphere with their Android and OHA announcements, we’ve been waiting on news of manufacturers tooling up their Android-based wares. It looks like Willcom, our favorite wacky-mobile-phone manufacturer in Japan have an Android-based reference board up and running. The image you see above is the Willcom reference board running Android on a FreeScale CPU. 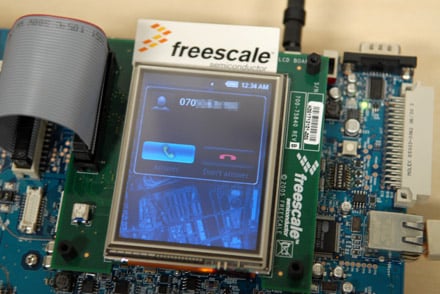 What’s interesting is that the image shows an incoming call while running Google Maps. Multitasking may not be as spectacular as we’ve come to expect from other OS’s but at least we have some pretty good evidence that Android will be able to do some multitasking.