Samsung’s been movin’ and shakin’ to show of their TV’s, DVD players, and home theater what-nots during CES 2008 Las Vegas, but they hadn’t really done anything new in the mobile space. That is, until today. Samsung used this last day of CES to bring the Samsung SGH-F490 to reality. You may remember this iPhone-esque handset’s sibling, the Samsung F700 Croix that we mentioned a few times previously.

With a 3.2 touchscreen display (with that pseudo-haptic feedback setup), 5 megapixel camera, 130MB on board storage, and 3.5mm headphone jack, the Samsung SGH-F490 is no slouch in the performance department. Unfortunately, it will be a slouch in the connectivity department – with a lowly tri-band GSM/EDGE (850/1800/1900Mhz) radio and HSDPA in the Euro-only (2100Mhz) band we’re going to have a hard time bringing the Samsung F490 into the mainstream US market.

Thankfully, the Samsung F490 is outfitted with the company’s award-winning Croix interface – but we’re not sure if the F490 uses that fake haptic feedback system on the Samsung F700. We’d like a more accurate feedback system that actuates vibrations or clicks under the position of input or contact, rather than having the entire backside of the device vibrating in response to on-screen inputs. 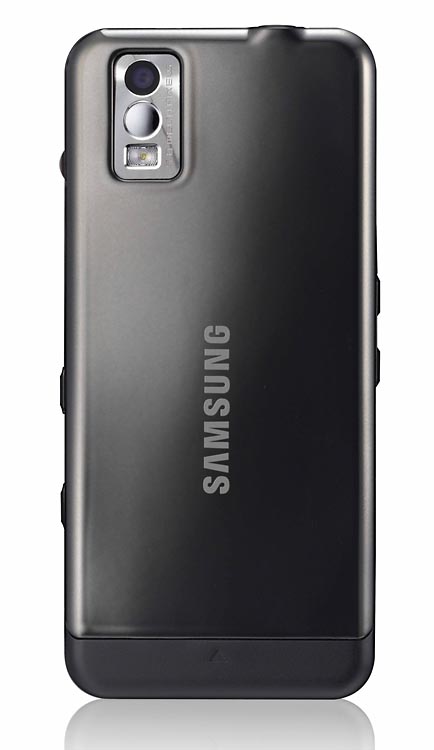