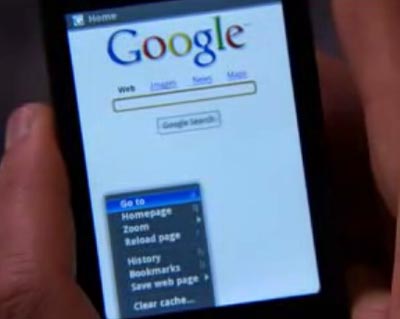 Google’s current Android SDK is a bit lacking, but as The Register found out when visiting a developer centric conference in London, a new SDK is coming out within a few weeks, new UI included as well.

“We’ll see a major new release of the SDK in the next couple of weeks. This will show a new user interface and include new APIs and improvements to others. Development is run under the system emulator. This is a full system image – much like is used for Qualcomm’s UI One. The tools seem to be excellent.”

Android is Google’s free open source operating system that runs programs written in a Java-like language known as Dalvik. To many a developers disappointment, unlike Symbian Dalvik will not let you get access to the core functions of the device or “to the metal” as they say. Operators are also a bit weary of Android according to this article because it’s possible for users to screw up their device by installing applications, when that happens users turn to their operator first for tech support. I have to call bullshit on that one. If that argument was valid then no operator, anywhere in the world, would be selling smartphones now.

Anyway, definitely an interesting read that gets into the technical bits of Android without throwing in enough jargon to shrivel your internet ego.

Well folks the first tangible product of the LiMo Foundation is almost ready, as Azingo announced Azingo Mobile, a "comprehensive...