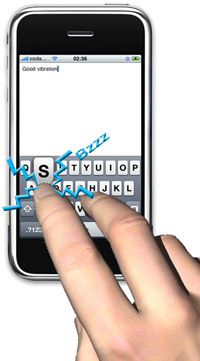 The title says it all. In response to all those people that complained about the iPhone’s on-screen virtual keyboard lacking any tactile feedback, Malcolm Hall and Eve Hoggan from the University of Glasgow have come up with a haptic-feedback solution for the iPhone. It’s strictly a prototype and is more a proof of concept than a commercially viable haptic-feedback method.

Now, this isn’t real haptic, it’s pseudo-haptic. The entire iPhone vibrates to help you “feel” the different keys as you run your finger along the virtual keyboard or press a key. The “click” uses a two-part waveform to give the user the sensation of pressing and releasing the key – a “finger down” and “finger up” vibration. We’d rather that the device’s haptic vibration was localized to the actual position of the key-press (now that would be real haptic feedback), but baby-steps are better than no steps. 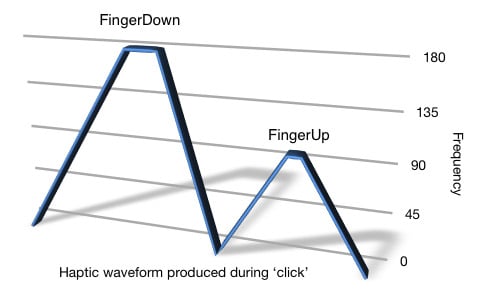 The haptic-feedback solution for the iPhone is buggy and unreliable, it’s a prototype after all. So, don’t expect any commercial launch. It’s just nice to know that people are working on this sort of thing.

Unlimited calling plans are all the rage these days. With a slew  of $100 unlimited wireless plans and a handful...