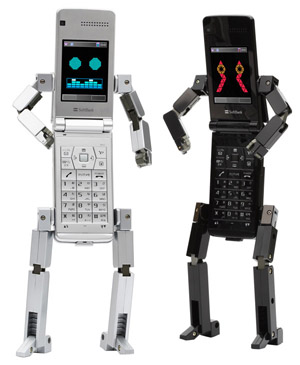 Literally. These baddies can apparently stand on their own and scare the bejeezus out of (or wildly entertain) your baby nephew.

This pair of Toshiba 815T PB handsets for Softbank is the real deal. The feature phone sports a 3.2 megapixel camera, 3G, QVGA display, and of course, that rockin’ robot body. And, could very well be the first 3G transformer/robot phone – we sure haven’t seen any other 3G-toting robot-phone.

Softbank is releasing the the Toshiba 815T PB to appeal to a new TV show, Ketai Sousakan 7, that is based on transforming robot phones. The Toshiba 815T PB will be offered with a mech-kit that can be glued on to the backside to turn the cellphone into a robot-toy. 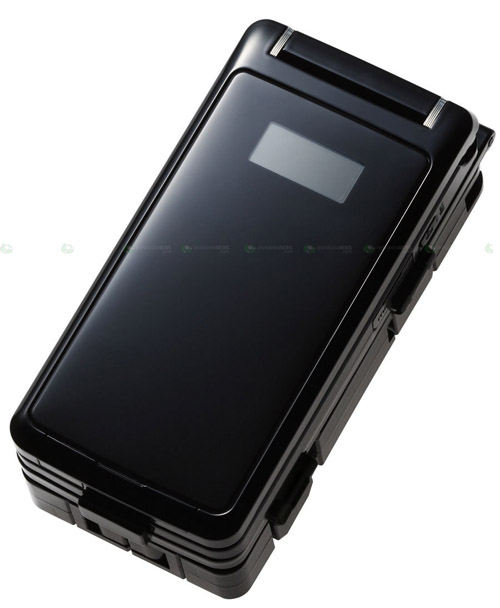 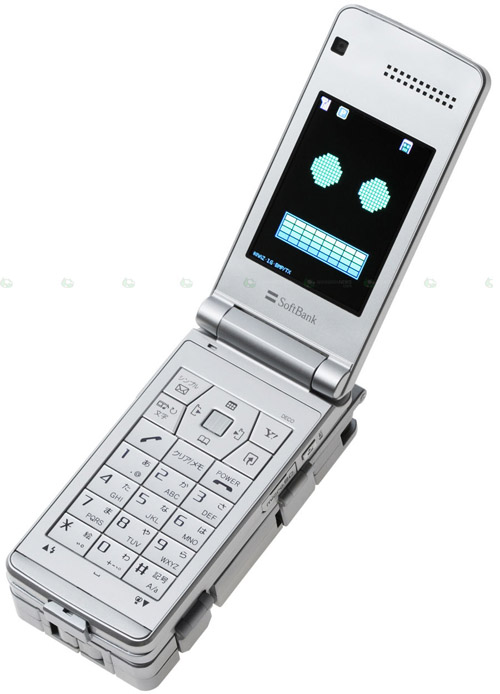