Remember those select few developers that got an early seed of the official Apple iPhone SDK? Right, those developers are presumably well ahead of the native iPhone development curve, and we’re hearing that MySpace is one of them. 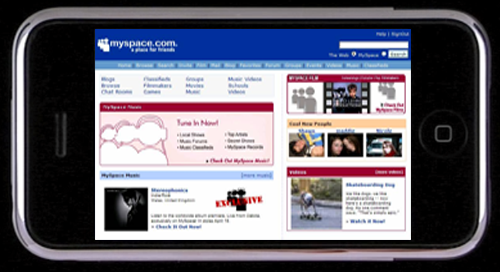 Video and music playback via MySpace is not likely, as those features require Flash support. But, you never know, Apple and Adobe could announce some Flash-support at the iPhone Software Roadmap event in a couple days. Let’s just hope that Apple or MySpace isn’t going to be charging for the native iPhone application.

Even in their cash-bleeding state, Motorola's been good enough to keep its existing customers in mind. They've seen fit to...