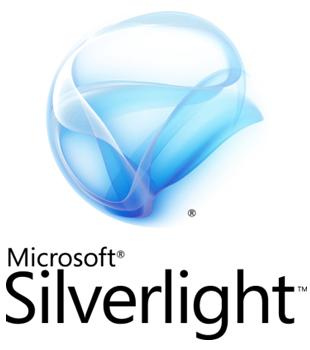 Nokia was the first phone manufacture to commit to the Silverlight platform, promising to deliver it on their S40, S60 and Maemo based products, and more recently Scott Guthrie, Corporate VP of Microsoft’s Developer Division, told a crowd of attendees at the ReMIX08 conference that “big” deals with the other phone manufactures are going to be publicly announced within the next few months.

The platform wars are brewing and the fight is going to be nasty one this year and spilling into 2009. Adobe in one corner recently announced that they’re aligning the mobile and platform divisions, which can only mean that we’re going to see one runtime environment that spans across mobile, desktop and everything in between.

Microsoft is working their tails off trying to get as many people as they can to download and install Silverlight on their computer, they’ll push it via Windows Update and the upcoming Olypmic games in China, and now they’re fighting to get on every handset.

Nokia purchased Trolltech for their Qt runtime and they too plan to put Qt everywhere.

Mozilla is porting Firefox to mobile devices under the proclamation that they want to bring their browser onto mobile phones, but they could just as easily announce Prism for Mobile and offer the same development environment that uses web technologies and XUL to create experiances across desktop, handsets and embedded systems.

I’m a Mac, I’m a PC, that argument is looking increasingly irrelevant. It’s about who creates a runtime that spans across the device in your living room, the device in your office and the device in your pocket and makes it easy for developers to write code and designers to create experiances that are custom tailored to each of those particular usage models.

This isn’t about who has the best implementation either, like the common misconception that Darwin said the strongest survive, the reality and truth of the situation is that the species best fit for adapting to new environments will make it and reproduce, likewise the companies that are going to throw as much money as they possibly can to get built into as many devices as possible will be the victors of the new runtime wars.

Escarpod – a much needed podcatcher for Symbian UIQ 3 devices

Escarpod is a free podcatcher for Symbian UIQ3 smartphones, and one of those puzzle pieces that I missed on my...