There are a handful of features missing from the first-generation iPhone. There’s no doubt about that. But, the iPhone’s success despite lacking key features (depending on who you ask) like MMS, video recording, and a built-in, native instant messaging client is testament to the iPhone’s appeal. 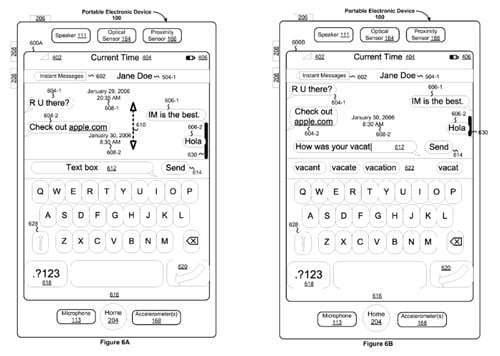 Bubble-style chat is the name of the game here. In one view, the IM application works just like the current SMS application. The other view, however, changes things up by replacing the text-input box with word-suggestions and placing the typed text in a bubble next to the conversation bubbles. Suggestions for the word being typed appear above the keyboard and offers more flexibility than the current predictive text (which does an amazing job, by the way) method. 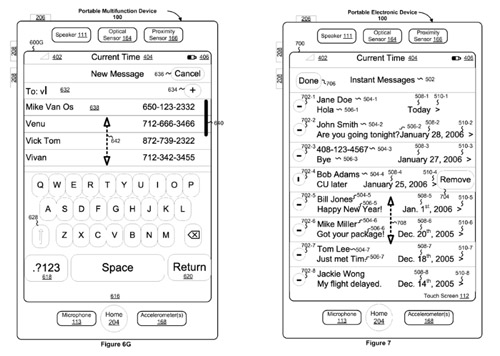 And, coming from Apple, the planned IM application will likely run in the background. iPhone SDK limitations restricted third-party applications from running while the iPhone was busy or turned off, but this patent application hints at the possibility of an always-on IM client – allowing you to receive IM’s even when the iPhone is turned off.

There’s also mention of MMS and video messaging in the patent application. If you’re lamenting the absence of MMS (we never use it), there’s hope yet!

Happy Earth Day! Are you doing your part?

Happy Earth Day! How many of you out there remembered that today was our home planet's special day? It's a...