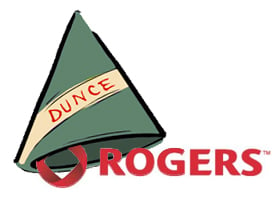 Virtually the whole world over has adopted, or is rumored to be adopting, unlimited data pricing structures in anticipation of the iPhone 3G launch. That is, except Canada. Well, not Canada, per se, but Canada’s oft mis-guided and confusingly business un-savvy wireless carriers.

Today’s example of how NOT to do business in a competitive wireless industry comes from Rogers Wireless. Upon announcing their iPhone 3G rate plans, it seems that Rogers may very well have shot themselves in the foot. With iPhone 3G rate plans that seem to mock potential iPhone 3G customers with conspicuously absent unlimited data offerings and bundled minutes that further seem to deride Canadian iPhone 3G hopefuls’ intelligence, Rogers Canada may just well lose a considerable amount of business from scorned customers.

If the reaction to Rogers’ announcement on HowardForums, and our gut feeling, is any indication, Rogers’ attempt to maximize (read: greedily coerce) profit from iPhone 3G fans could end up netting the Canadian GSM carrier lower revenue than if they had offered the iPhone 3G calling plans at more favorable price-points and/or with more bundled service.

While not exactly a new idea for the iPhone, it seems that Apple is capitalizing on the iPhone's huge multi-touch...