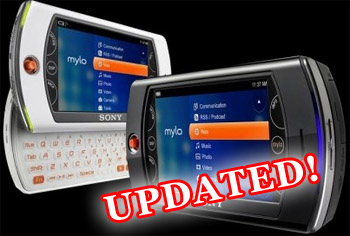 Last time we wrote about the Sony Mylo 2, it was updated to include WMV and support for SHOUTcast widget. Now, Sony has released another update for its Linux-based personal communicator, among other things adding support for larger Memory Sticks Duo (up to 16GB) and video recording functionality. In addition, the 59MB heavy update also brings:

To update your Mylo 2, hop over to Sony’s support page and take it from there.

Good news for our U.S. readers who lust to get their hands on the HTC's superphone and its ubiquitous keyboard....