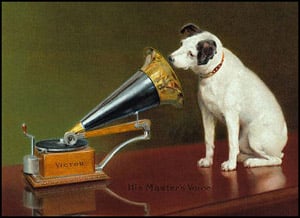 Voice-recognition applications aren’t exactly high on our list of gotta-have features for our myriad mobile phones, but it sure is a cool idea – especially when the steering wheel gets in the way of tapping on a mobile phone’s keyboard. So, it’s good to hear that AT&T is looking to bring true voice-activated text-entry to their stable of handsets through a web-based speech recognition service.

The research project leverages AT&T’s WATSON speech recognition engine, commonly referred to as Speech Mashups, to bring voice-activated features to any handset with a high-speed wireless data connection. The web-based voice-control service could be used to control a wireless device directly or input information on a webpage – as long as the software was made to work with web standards like AJAX and Javascript.

AT&T’s Speech Mashups service would work with the company’s 3G network to transmitting voice to a remote speech recognition server, translate the voice-input into computer language, and send the commands back to a mobile phone or website.

AT&T has demonstrated the service on an iPhone 3G. Information was entered in to a prototype version of YellowPages’ mobile website. Text was entered by simply speaking the desired information at the appropriate times.

Unfortunately, the Speech Mashups service isn’t designed to offer voice-dialing or direct voice-control over handsets. And, native applications need to be developed with specific code allowing them to interact with the web service in order to take advantage of speech recognition.

AppleInsider has video of the service in action, head on over to check it out.

With the more popular Palm Centro making more significant headway in Verizon's Palm OS-powered smartphone portfolio, the No. 2 US...