AT&T has been struggling to keep up with demand on its data network since the launch of the iPhone 3G. Tests and speculation have all but absolved the iPhone 3G of any inherent defect as the root of sluggish 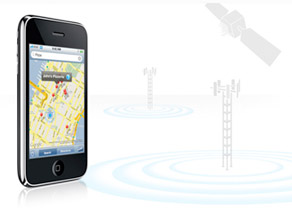 This morning, AT&T added some icing to their bitter 3G-cake when the No. 1 US wireless carrier’s data network took a nose dive. Reports indicate that AT&T customers on the East Coast saw their local 3G and EDGE networks go completely dark for 10-12 hours. The data network outage affected Massachusetts, New York, Rhode Island, Pennsylvania, Maryland, Virginia, Illinois and Missouri – leaving users without access to emails and unable to surf the web. The voice network was still operational, allowing for text messages and voice calls.

Customers posted complaints about the AT&T data network outage on AT&T support forums and Apple forums , with some customers reporting success in getting a credit of $20-$30 from AT&T.

AT&T says that they are looking in to the cause of the data network outage.

Ladies and gents, Nokia has today announced that its N96 superphone is about to hit the stores. The all-in-one dual-slider...