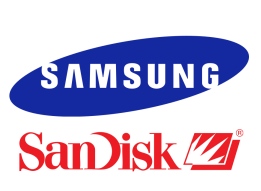 A South Korean businss paper has reported that Samsung is persuing SanDisk, for acquisition purposes. Both companies would not confirm or deny the report, which to me sounds like it’s on baby!

Samsung currently supplies NAND flash memory chips to SanDisk … which is the world’s largest supplier of flash storage card products. Samsung is the world’s largest manufacturer of NAND as well as DRAM, or dynamic random access memory, chips. NAND flash memory is used in digital devices such as cameras and music players. DRAM chips are used mostly in personal computers.

Samsung is no stranger to acquisitions either – last year it bought an Israeli company called TransChip, and turned it in to one of it’s R&D centres – Israel is a hi-tech leader globally, and that purchase further extended Samsung’s already mammoth scale of operations.

Gesture-sensing TV does away with remote

The Telegraph.co.uk has an interesting story about a TV developed to sense hand gestures as a means of control, rather...