It’s been a long and winding road for Sprint Nextel’s WiMAX-based XOHM mobile broadband network. The No. 3 US wireless carrier has seen more financial hardships and rival opposition than any carrier should have to deal with over the past year, but the company’s fortunes may soon take a turn for the better.

Following on leaked details about Sprint’s WiMAX network and supported devices, a new report points towards a near-term launch of Sprint’s XOHM 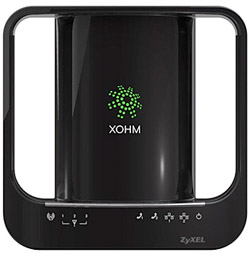 network. The company says it will be launching their WiMAX-based XOHM network this month. John Polivka, spokesman for Sprint Nextel, said the carrier recently announced news to debut WiMAX service in Baltimore in September, the first U.S. market.

“We are also planning to launch service in Washington, D.C., and then Chicago sometime in the fourth quarter,” said Polivka. “Sprint has additional markets in various stages of network development. These include Boston, Philadelphia, Dallas and Fort Worth.”

Sprint’s WiMAX network should help redefine the company as a data-centric provider that offers the US’s premier mobile broadband network. Other carriers are planning to have 4G LTE networks live in a few years, which gives Sprint some time to build a marketbase for their XOHM network. Sprint’s XOHM network launch could be pivotal to the company’s renewed good fortune, but we’ll wait for in-the-field testing before jumping to conclusions here.

CTIA San Francisco 2008 is nigh upon us, and you know what that means. New releases, previews, and announcements from...