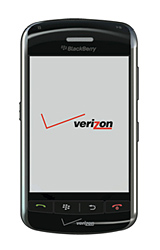 Due to some serious infighting between the folks at AT&T and RIM, latest news is the new touchscreen device from RIM (BlackBerry Storm) will be available exclusively on Verizon in the US, sometime in November. Recent rumors have the device priced at only $199 with a two-year contract. Not bad.

The backstory that puts us where we are today is this: AT&T wanted RIM to make a new 3G device (the Bold) even though 3G wasn’t RIM’s cup of tea at the moment. This might explain the problems some users are experiencing with the Bold to date. RIM didn’t want to go 3G, but AT&T applied the pressure. Not to say the Bold isn’t a solid device, because it IS… But some kinks definitely have to be worked out of the system. Most notable of all the problems have been the issues with the Hotspot Browser.

Long story short, AT&T has been rejecting OS builds from RIM for some time now, and it looks like RIM has had enough. You can read more about this crazy backstory here.

The constant pushing from AT&T has caused RIM to look elsewhere. And in the case of the Storm, it looks like Verizon is answering the call.

Note: To clarify the whole Thunder/Storm deal. The ‘Storm’ is apparently what Verizon will label the device. All other carriers if and when they pick it up will be calling it the ‘Thunder’. But then again… that’s only what my most trusted sources tell me 🙂 Can’t wait for this one to sort itself out.

With CTIA getting underway tomorrow, there will be no shortage of news and rumors building up to the event. One...