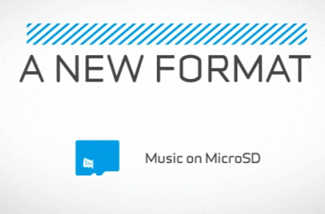 SanDisk announced their slotMusic initiative today, bringing you tunes from EMI, Sony, Universal, and Warner record labels to a brand new mobile-friendly medium. Initial reactions have been generally poor, but I remain optimistic. Plenty of phones have hot-swapping capabilities that hardly ever get used, and whole albums jam-packed with up to 1 GB of metadata seems like a worthwhile way of making use of the functionality. The cards will come with USB adapters, enabling computer access to all the files on there, as well as allowing you to pack the microSD stick with your own files. Being DRM-free is really just the icing on the cake, although one might consider it a necessity with the growing flexibility and popularity of digital distribution. It’s a bold move on SandDisk’s part, and an interesting one by record labels. What do you guys think – is solid media doomed to rot, or do they have a shot at sticking around by targeting mobile? Keep an eye out for slotMusic at Wal Mart and Best Buy in the near future.