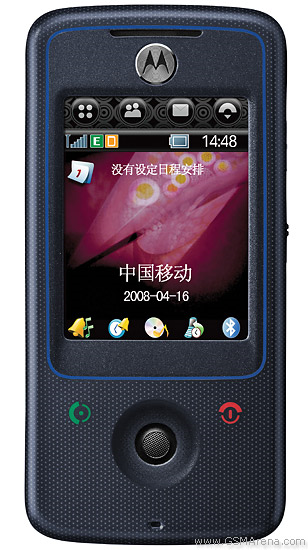 Motorola has announced that it is to follow Apple and Samsung in to India with a touchscreen device – an affordable device called the Yuva A810, apparently (pricing at Rs 8,000).

There were be 2.2 inches of the screen of touchiness, some handwriting recognition, and the usual stack of multimedia features. In addition to which, Moto has done some customisation on the device to accept SMS writing in Hinglish (which I can only assume is some teen-mashup of Hindu and English…).

Much is being made of the budget entry of the phone to the market – whereas the iPhone and Omnia came in at a premium (the Omnia cost a full Rs 39,000), the Yuva A810 will be coming in at less than a quarter of that.

Having said this of course, entry-level devices (at less than Rs 3,000) constitute more than 50% of the total handset market – but still, the aspiring consumers will look to those devices that are “just that bit better” – and as such the Yuva A810 could fill a nice gap.

[Via: The Economic Times / Image via: www.gsmarena.com]

In a move that seems designed to extend the life of the nowadays not-that-attractive LG Shine slider, Rogers Wireless is...