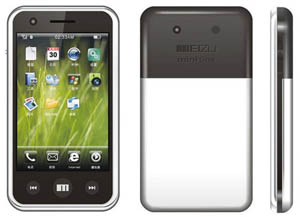 The anticipated launch of the Meizu M8 is coming soon, at least before the end of 2008 from all I can tell. The Taiwan based Geek IT Store will be launching the so-called ‘iPhone Killer’ (I’ve heard that before) starting in the Chinese market and the Indian market to follow, starting in December.

Key features of the Meizu M8:

Looks like a nice little device. However, calling in an ‘iPhone Killer’… I think not.

It's been some time when we last heard about Meizu and their famous iPhone clone - M8 MiniOne. Now, apparently...