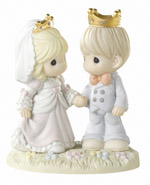 WiMAX and LTE - Happily ever after?

Sprint’s launch of their WiMAX-based XOHM network this week in the big MD ushered in a new age of contract-less high-speed wireless networks. With Sprint XOHM, customers will have multiple options for high-speed mobile broadband access in the home, on the road, or with daily passes that run $10 for 24 hours of “4G” service to $30 for a month’s worth of unlimited (we use that term lightly) WiMAX data use. .

Sprint’s XOHM network should bring WiMAX to almost every corner of the US well ahead of any sort of commercial LTE rollout from Verizon or AT&T. But, in, say, four years (or so), when 4G LTE comes online, will WiMAX and LTE be able to coexist in harmony?

Here’s the thing. WiMAX is going to beat LTE to the punch by enough of a margin that Sprint’s XOHM network could gain a significant foothold in the US mobile broadband market. And, with Sprint XOHM offering wireless data speeds (2-4Mbps on the downstream) higher than we’re seeing from today’s fastest 3G networks (in the US, that is), WiMAX technology and its non-contract business model could very well scoop up wireless subscribers that have tired of the industry’s years-long contracts and slower data speeds.

Basically, WiMAX could have an edge with their contract-less wireless broadband options and faster data rates, but how much of an edge and how long will XOHM have the upper hand?

AT&T’s 3G HSPA network serves up sub-Mbps wireless data in real-world use, which is trumped by the multi-Mbps throughput rates that the WiMAX standard allows Sprint’s XOHM network to deliver. But, perhaps not for long. We could see Sprint’s XOHM network gaining some initial traction in the wireless broadband market, only to falter and take a back-seat to evolving 3G networks in the US.

AT&T’s Hank Kafka, VP of Architecture says that his company’s HSPA network can be further upgraded to deliver higher data speeds that should give Sprint’s XOHM network a run for its money. AT&T has plans to turn up data speeds on their HSPA network, making way for their HSPA+ network – likely towards the end of 2009 or early 2010. The speed boost to AT&T’s 3G network could very well shave off a bit of XOHM’s edge as the premier high-speed wireless solution in the US. But, again, Sprint’s WiMAX-based XOHM network will still have the advantage of not requiring long-term contracts.

So, can WiMAX and LTE live together, happily ever after? Both services cater to slightly different markets (contracts vs.  month-to-month), leaving room for both WiMAX and LTE to bloom in the US. With AT&T expected to enable HSPA (3G) data rates as fast (eventually faster) than Sprint’s XOHM network (WiMAX), the battle for wireless broadband customers might just hinge on the market’s demand for post-paid and pre-paid mobile broadband solutions.

In the end, the market may largely determine how WiMAX and LTE carve out their niches in the US.

Emoze 2.0 launched with a great fanfare

Emoze has announced what they say is "the next generation of mobile push email" - Emoze 2.0. I love Emoze...