We’ve been drooling over the upcoming LG KC910 for the last couple of weeks since it was announced in August, but the wait is finally over. The Renoir has been officially announced, available first in Europe this month, then Asia and Latin America in November, followed by Africa and the Middle East in December and finally China in January. Yep, everywhere but North America. That’s just awesome. On feature they’re talking about is Touch Shot, which lets you determine what the camera focuses on by touching them on the 3-inch screen, then taking the picture by releasing. That’s a pretty cool idea, and I could see it making photo-taking a helluva lot easier than fumbling for the shutter button, and especially great for action shots.

The press release also acknowledges that 8-megapixel slider we’ve been seeing a lot of lately, the KC780, which will be slightly slimmer than the Renoir and also available in October. 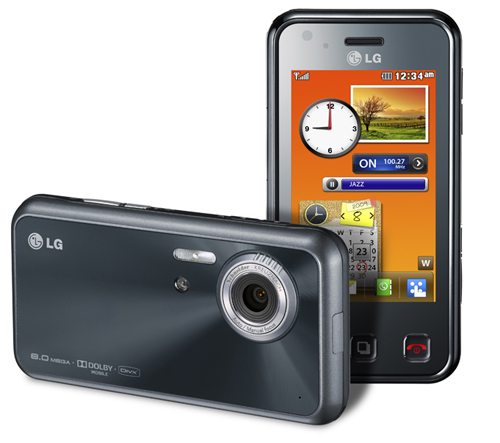 The official specs of the LG KC910 are…

The Renoir is following closely in the Viewty’s footsteps, but still beefing up the camera the camera and throwing in Wi-Fi for good measure. It’s easy to get blown away by the Renoir’s camera, just remember that they put a lot of work into the video playback and sound, too – it should more than amply handle entertainment, and in terms of straight-up specs it gives the iPhone run for its money.

Nokia announced a new offering to let advertisers target their mobile campaigns to consumers in 10 major metro areas of...