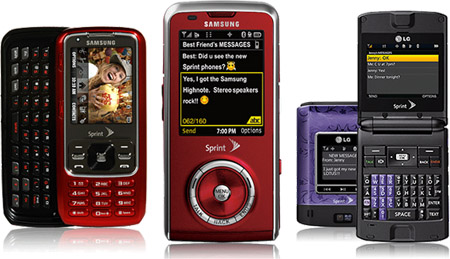 I’m not sure what’s with the U.S. carriers, but they seem to think it’s the texters that are the most desirable customers to have on a network. After seeing AT&T announcing four QWERTY keyboard equipped handsets, Sprint is following with its answer.

However, unlike the GSM-based carrier, Sprint prepared only two devices with full keyboard and one for music-centric phone lovers. Let’s quickly go through each of the devices announced:

Now, we’re eager to see how other carriers in the States will respond to all these QWERTY phones from AT&T and Sprint.