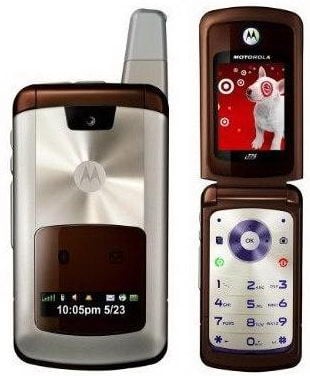 Roughly two months ago we first saw the old-school Moto i776 leaked by Target. Now the external antenna “equipped” clamshell is here, available through Sprint and Boost Mobile.

Let me quickly recap the specs — under the hood, there’s a built-in GPS receiver, Bluetooth, VGA camera, PTT capability, two screens (internal and very small external), and that’s about it. This phone is not just ugly, it’s also crappy in terms of specs — or at least that’s my take. Hopefully, a “dedicated antenna” will boost the reception, though that doesn’t have to be the case at all.