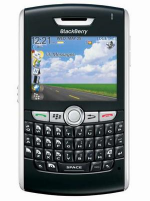 The BlackBerry is very good at email handling overall

I’ve had the (dis)pleasure of testing many, many email clients, on many, many devices, over the last 5 or so years. Even since those days when the first, immature, clients appeared, right up to the present, I do feel like I’ve yet to see one that works consistently, seamlessly, and, flawlessly i.e. is perfect!

Now I include in that statement all the native email clients that I have used on mobile devices that have proprietary operating systems, WinMo, Series60, Linux, RIM O/S, and also Apple’s OSX.

Until (very) recently, I thought Apple’s email client on the iPhone was going to be the best thing ever – since it purported to do push email, full HTML rendering of the message, multiple accounts, great typing recognition – and on some of these counts (namely the typing and HTML rendering) it is truly superb. But on others (reliability, consistency), it unfortunately fails big-time.

Of course, Blackberry is said to be the ‘be all and end all’ of mobile email, and I would agree, to some extent that is true – they own push mail completely (nobody does it better right now), and their keyboard works well for typing. But their Achilles up to now has been the email rendering, which has always been plain text.

That was of course until the BlackBerry Bold, which apparently has a “rich text optimiser” sat in the latest BlackBerry server, that feeds the device – the idea I think being that emails are presented in the best way for the device. But my experience of transcoders is that they aren’t perfect – and that can frustrate users. Whether the new Storm has even better functionality, I don’t know…

So that really leaves us in a bit of a quandary, as no native email client on-device seems to support all the features needed by today’s power user of emai. So what about 3rd party applications that can be installed on devices? Well I have a natural aversion to anything that needs to be installed usually, since most often it can’t provide the same integration that a native application can – but I’m ready to be convinced otherwise….

…. So here’s the question – what do you think is the best email client, on any mobile platform? It can be an app or native, and can be on any device – I would LOVE to know what you think on this one!!! Go go go readers, drop some comments on me!

Rocketship Apple: the story so far…