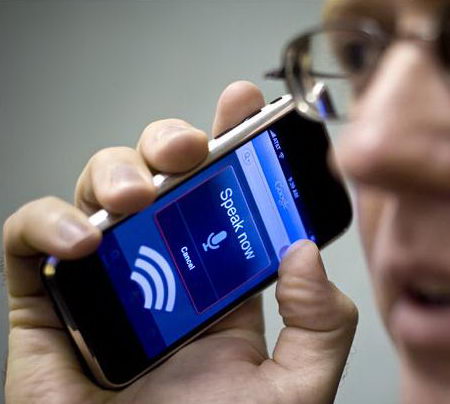 Google has been working on a new voice-recognition search app for the iPhone (Google Mobile App) for some time now. Rumor had it that the new app would have launched this past Friday, but sometime on Friday Google found out that Apple wouldn’t be pushing it out… despite getting the thumbs up for Friday earlier in the week. When it didn’t appear in the App Store, some questions were raised.

The good news for Google and all that were eagerly awaiting this app, is it will likely become available come Monday. This news comes from a source with insider knowledge of the situation (according to a report at TechCrunch). Google has apparently had little contact with Apple during this period, and have been getting updates on the situation via the iPhone developer tool which has had a status of ‘in review’ for the last few days.

Lets hope the rumors are true and this new app makes an appearance in the App Store on Monday. I can’t wait to try it out. In the meantime make sure you check out the video I’ve posted above which gives you a great overview of the new Google Mobile App for the iPhone.

Note: Kudos to Google for the decision to launch this new App on the iPhone. They had the choice of launching on the iPhone or their own Android device, yet they decided to embrace the iPhone and launch in the App Store. Surely pushing out the app for Android would have boosted Android G1 sales, but they opted for what is best for the user at this point in time.