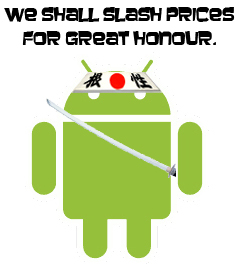 Japanese carrier NTT DoCoMo has elaborated on the Android handset due to drop in 2009 announced in October. South Korean service provider, KTF, will also be carrying the device, purportedly for 20% less than the usual cost of smartphones due to savings from using Google’s free operating system. We had already seen what doors are opened by a free OS through basement entrepreneurs like Australia-based Kogan, but as seen by these savings, larger operators are in a good position to slash prices on their phones and rope in a wider audience.

UPDATE: KTF is denying any collaboration with DoCoMo on this particular project.

Why is it that handsets from little-known Chinese manufacturers always claim to feature ground-breaking technologies but come wrapped in low-end...