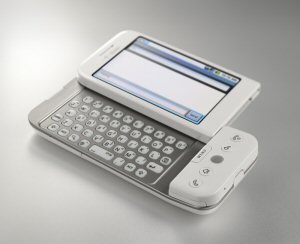 If you travel abroad a lot, you might want to leave your T-Mobile G1 at home… That is, unless you want to rack up a nice chunk of change in roaming charges.

A tipster recently dropped a note over to the folks at Gizmodo, telling them that his data roaming bill had reached $102.85… Even though he had data roaming, data sync and 3G turned off on his G1. Puzzling.

The tipster was from the US, and was bound for the UK on a trip. Naturally, he called T-Mo to inquire about international calling and data charges. After talking with a representative he was told that data roaming would be charged at $10/MB, however if he did not access the internet while away everything would be a-ok. In reality, while in the UK he was charged roughly $0.15 for every 3 to 7 minutes on average… and not all of it was from calls and texts… as he put it, it was ‘almost as if the phone is pinging’. Looks like it was.

Upon returning home he picked up the phone and called T-Mobile yet again. This time with a bit of a bee in his bonnet. Naturally things didn’t go too well, and after a few conversations a supervisor finally revealed that the T-Mobile G1 always accesses the internet… Even if you are not making calls or sending messages… and even if the data roaming features are turned off. The advice given at the end of the conversation from T-Mobile? ‘The phone should have been left in the USA to avoid these charges’.