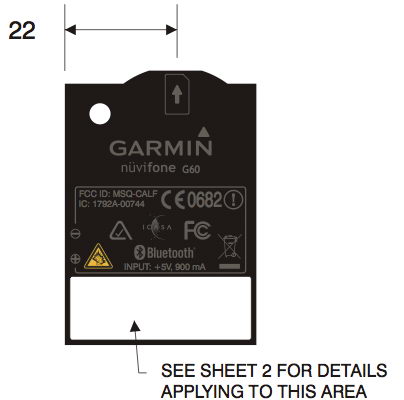 We know the Garmin Nuvifone will be released during the first half of next year. However, what we don’t understand is why on Earth Garmin wants to hide (in some sense) its FCC filling. That “hide” part is interesting. Actually, it wasn’t Garmin Nuvifone that passed through FCC, rather it was ASUS-made “Calf” which after clicking through to the label diagrams turned out to be Garmin’s highly anticipated GPS handset. What’s the idea behind this is beyond me.

Anyway, as far as we can tell, once it’s released Garmin Nuvifone will sing along AT&T’s 3G network. The 1900 and 850 MHz frequencies are there to prove the point. Now it’s all about being patient enough. Does anyone cares that much about Garmin’s phone? Anyone?

Nokia keeps experimenting with form factors. Dual-slider was first unveiled on their N95 model and we liked it. However, what...