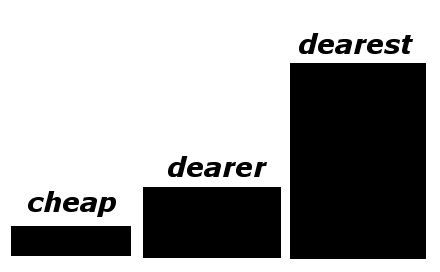 I think I have finally reached the end of my tether, and can feel a serious rant coming on……

But what am I ranting about? Well, the inconsistency in the prices of movies to buy on-disk (and online) in the UK. It seems like for certain films, at certain times of the year, prices are dropped through the floor, compared to usual prices. I speak mainly about the price of things like DVDs and Blu-Ray, but also about the prices on download services.

What I suggest, in much the same way as the financial sector, is regulation – the fixing of costs for certain media. In essence this could be something like:

Why would something like this be a good idea? Well lots of reasons:

Firstly it would stop the erosion of pricing that seems to randomly occur on certain movies and during certain times of the year. If there was also a fixed-tier sale price that films could be discounted to (Blu-ray older film goes to say £7 for example), then that would account for when movies do get older and need to be discounted.

Secondly it would remove some of the confusion for consumers and introduce a clear price tier premium for “HD” movies – be they on Blue-Ray or other. Again, a tier could be introduced for an HD movie on any given format if it was believed to be appropriate

Thirdly, people would clearly know what they were going to pay for something based on how new the movie was, what format it was on, and how they wanted to view it (i.e. own/rent).

It would of course create a bit of an issue for the online retailers who often slash prices to drive business, but this tiering of prices would be for the benefit of the consumer. The current situation is that you can have some Blu-Ray movies which are incredibly expensive (£22+), some DVDs which seem to become cheap VERY quickly indeed, and then some online movies that are weighing in at say £11 to “own” – when in fact there is nothing physical to own!

My point ultimately is that if pricing was regulated, things would be a lot clearer for consumers – and the reason that this is important for Mobile is that there is a slow transition occurring for viewing movies on them. – both in the physical media aspect ( i.e. CDs/DVDs –> memory cards in devices) and also from an online aspect (i.e. internet download –> downloading ‘direct to handset’)

Sort out the pricing now with the existing media/delivery methods, and you should be set up for the future when everything going download and Mobile. That’s what I think anyway.

UK: check your bank accounts, someone might have your information and be topping up Prepay with it!

Yes, strange as it may seem, the favourite pastime of those people who steal bank details may well be topping...