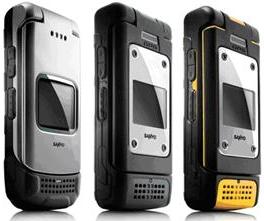 A few more entry level phones have been announced for the post-holiday season. This time around it’s for the Canucks in the crowd, and they’re coming from Bell.

The Sanyo PRO 200 and 700 are due to hit Bell on January 12th next year. Both devices feature bluetooth, speakerphone, 3G and 10- capability. If you’re looking for a basic phone that can take a bit of a beating, the Sanyo PRO 700 meets military grade specs (810F). Drop it, kick it, try and freeze it… and the device should be A-OK.