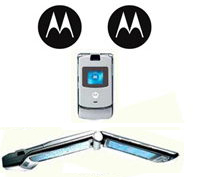 A few months ago RIM and Motorola growled at one another over the BlackBerry-maker trying to nab their employees, but now that Moto is trying to block fired employees as well as currently-employed ones, RIM’s fighting back. A mutual agreement between the two expired in August, yet Motorola is trying to enforce it still. Sounds pretty silly on Motorola’s part, eh? To be fair, they’re not doing so hot, what with junk credit status, frozen pensions, and Android development shoving everyone else out the door, so you can understand why Motorola would want to keep whatever competitive advantages they can, but it’s unrealistic to think you can keep ex-employees from other gainful work. Hopefully RIM suing Moto over the issue will slap some sense into ’em.

The last batch of BlackBerry Enterprise 5.0 features that got leaked had a lot to do with the technical back-end,...