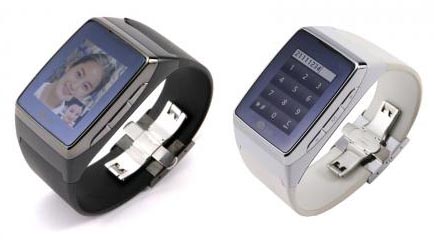 I didn’t get a new watch for Christmas. This was fine with me, because I typically do not wear a watch. For some reason I’m not a big fan. But if I was, the techno-dork in me would put the device I’m about to tell you about in the ‘must have’ category.

By the sounds of things, LG is prepping to launch the brand-new LG-GD910 3G enabled wristwatch phone at CES next month. Yeah that’s right, a wristwatch phone. The phone would contain an MP3 player, and have text-to-speech capabilities, voice dialing (a must-have for a WATCH!), Bluetooth and a front-facing camera.

At first glance my initial thoughts were ‘Good grief, Charlie Brown’… But the more I think about it, the more I think the techno-dork/dweeb community would embrace something like this (including myself). BGR has reported that the device will probably make a debut in Europe before it ever hits North American shores… if it ever does. All in all, kind of a cool little gadget. You can’t argue that.

Note: Come to think of it, I think I’d prefer the wristwatch phone over my old shoe phone. Would be a tad easier to use.

LG has unveiled their latest all-touchscreen wonder. It's called the KS660 and aside from boasting the large 3-inch 400x240 resolution...