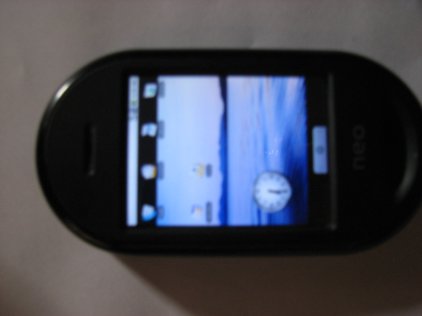 If you’re getting tired of waiting for new Android-powered devices, I have a feeling your long wait will be over. With the new year coming fast upon us, there’s going to be a whole whack of new devices hitting us real soon, and some might even run Android 🙂

Latest word off the wire is that OpenMoko is set to announce the worldwide launch and pricing on the 2nd ever Android-powered handset. Spy shots (courtesy of Mr. Blurrycam of course!) made their way to the folks at iMAndroid, and they’ve lovingly posted them on their site. As you can see from the images, they feature the Neo FreeRunner running Android in all its glory. Could this be it? The Neo FreeRunner will be the next Android-powered beauty?

Vital specs of the Neo FreeRunner on Android:

Our bud PhatTrance over at DailyMobile has got his hands on some great pics of a new Samsung S8300. The...