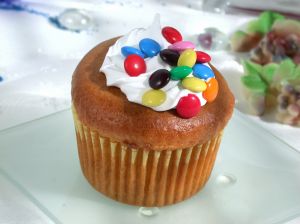 …at least that is what has been reported by the good folks over at Engadget. Rumors of this new, fantastic update that will address a whole lot of bugs, apply fixes, and even integrate a virtual keyboard for emails and texts have been floating around for some time now. We’ve seen videos, read reports, and have been waiting… and waiting… and it’s coming soon. Apparently.

At least this time it looks as though Engadget has word on some good authority. They picked up the news direct from HTC earlier today. They also noted that at least a ‘majority’ of the ‘Cupcake’ update will be coming real soon to G1 owners in the very near future via an over-the-air push.

Stay tuned for more, I’m sure this saga will continue for some time before we see the official update… I’ll believe it when I see it!

Are you a developer that loves Android? Have you taken a liking to Android, but Java isn't quite your thing?...