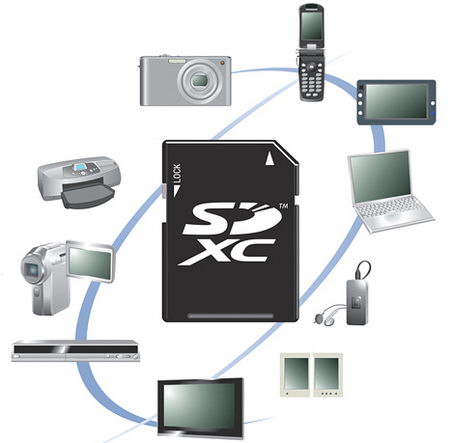 During the CES, SD Association — the folks behind the popular SD flash memory card standards — have announced a new memory card specification called SDXC, where the last two letters stand for “eXtended Capacity.” The idea is, of course, to prepare a groundwork for the upcoming consumer needs when more storage capacity and faster access to data will be needed. In that sense, the new SDXC specification provides up to 2 terabytes storage capacity and accelerates SD interface read/write speeds to 104 megabytes per second this year, with a road map to 300 megabytes per second.

The SDXC relies on Microsoft’s exFAT file system to support its large capacity and interoperability in a broad range of devices. The exFAT system was designed for increased compatibility with flash media, from portability of data to interoperability with multiple platforms and devices on removable media.

As we briefly mentioned in Steve Ballmer's keynote recap, Verizon Wireless and Microsoft signed a five-year agreement that will see...