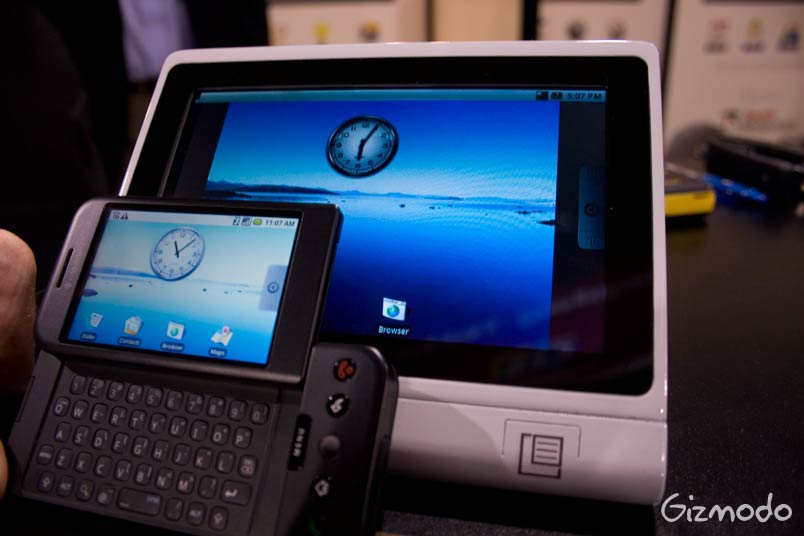 Mark over at The Giz has reported some really cool stuff from the floor of CES. One that was of particular interest to me was the new NIMble Android Desktop Phone, designed by Touch Revolution. The device (although not the final version) comes complete with Android installed, with Touch Revolution’s own software installed on top of Android for entertainment/media/home networking use.

Interesting bit about the developers on this project… Mark Hamblin is busy working on the NIMble, and he was the product design lead on the original iPhone touchscreen! Look for him to carefully craft a responsive and very usable touchscreen on the NIMble. The NIMble is due out September of 2009, so look for any bugs and issues with the UI to be fixed by then. Look for the NIMble to run somewhere around $300… or perhaps for free with a $10/$20 contract.

If you’re craving an Android phone for your desktop, later this year you may have the option to plop a NIMble right down beside you. Cool stuff. More images below.

Remember my post yesterday about Skype 'Lite' coming to Android? We weren't quite sure how long it was going to...