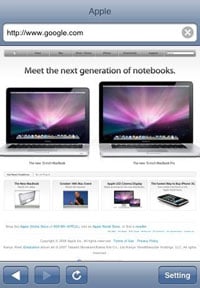 Times, they are a changin’. Especially when it comes to inclusion policies within the Apple App Store. Word is spreading now that Apple may have/is making a shift in their strict ‘duplicate functionality’ policies.

When the App Store submission process opened, many developers from all over the globe were stunned when their apps were turned away for offering too many features similar to Apple’s own apps. Dubbed ‘duplicate functionality’ by Apple, developers were scorned and left bitter about the whole thing, until now…Perhaps. Because as I said earlier, the times… they are a changin’!

Over the last day or so Apple looks to be shifting their policy. 4 mobile browsers have appeared in the App Store, apparently given the go ahead from Apple despite offering clear ‘duplicate functionality’ when compared to Apple’s Mobile Safari browser. If you want to check them out and try them for yourself, here’s a shortlist of new browsers included in the App Store so far. Expect others (ahem, FireFox, is Fennec coming!???) to hit the App Store soon.

Browse on, iPhone lovers… Browse on.

Tiltris for the BlackBerry Storm: Something for the Tetris Fans!

Yet another new game has hit the market for the BlackBerry Storm. Called Tiltris, it's a take on the ever-popular...