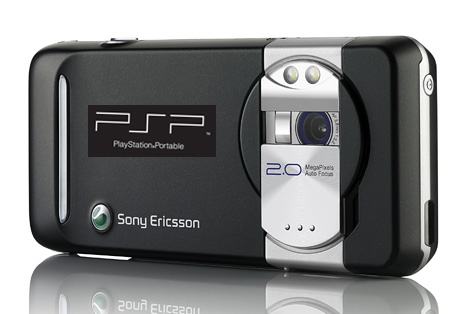 Woah there! It's just a concept, not the real thing.

TechDigest is reporting that Sony has given a ‘no’ to Sony Ericsson using it’s ‘PlayStation’ brand in it’s mobile devices. If we are to believe what has been written then Sony wasn’t happy with the UX (user experience) that would be had on mobile devices right now.
Shame really, since SE could well benefit from a shot in the arm sales-wise, if their recent figures are anything to go by. I for one would LOVE to see a PSP phone, and have some proper game-funk going on in down-time like when I am on the bus or train. Think, not so long ago people had separate music players to phones – now both are possible on many mobile devices. It won’t be long before someone sticks a menacing GFX unit in a mobile phone and starts playing PS2 standard games on it (or maybe even better….)

[Story via: TechDigest, via Mobile Today / Image via concept-phones.com]

With a slowing global economy, consumers are holding back their urge to splurge on new mobile phones. Sony Ericsson has...